The Voyage Education Partnership is committed to professional and excellent governance for both the Trust as a whole and each academy. It is imperative that this is highly effective in providing accountability that supports our Trust's aims.

This structure has been established to support the core functions of governance:

Further details of the Voyage's governance arrangements are contained within the documents below:

Please also click on the links below for further information: 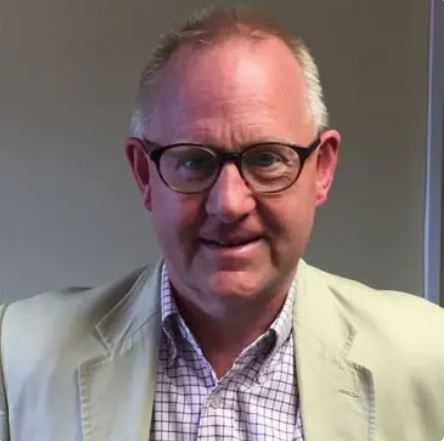 Locally born and educated, after graduating from Trent Polytechnic Chris has worked in the construction industry in the area for over 30 years. He is now running his own quantity surveying and project management consultancy, having retired from the construction business he owned and managed in 2011.

Chris has been involved in the management of schools as a governor, chairman of governors and a director of an academy trust for 25 years and joined our Trust in 2015 when he became a governor at Wygate Park Academy.

Apart from his voluntary work in the educational sector he is involved in many charities in the Holbeach area, where he lives, and he is currently chairman of trustees/directors at the Holbeach and East Elloe Hospital Trust.

He is married with two daughters, both of whom work in the educational sector. 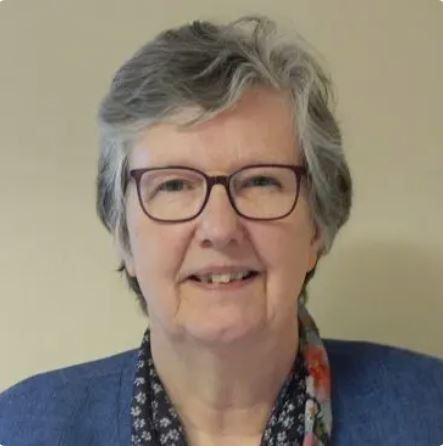 Jo is from Lincolnshire and, after studying Psychology at the University of Bristol, became a qualified teacher.

She has taught in primary schools in Peterborough, Lincolnshire and Norfolk during her career, which included working in Special schools and the secondary sector.

In 2000 she was appointed to Lincolnshire County Council’s advisory service as a Literacy Consultant for her expertise in Early Years, Phonics and SEND.
In 2001 she became a Senior Lecturer at the University of the West of England and led one of the largest primary teacher training programmes in the South West. She also gained a masters degree and a doctorate there.

Jo has worked as an external examiner for six different providers too - including a SCITT and five large university based providers. She has also been an active member of the National Primary Teacher Education Council (NaPTEC), of which she has held all the key offices of the organisation, including chair, during her committee member tenure.

In 2012 Jo returned to Lincolnshire, taking up a post at Bishop Grosseteste University and moving to Boston. She acted as Head of School of Education in 2014-15 and was the provider’s representative for the first stage of the successful Ofsted inspection that year, before taking retirement.

In 2016 Jo was honoured for her contribution to teacher education and training, being made a Life Fellow of Bishop Grosseteste University. She continues to work on a part-time basis, supporting trainee teachers and their mentors during their teaching placements, and is a Governor at Park Academy. She was also a Director of PfOS from 2014-2016. 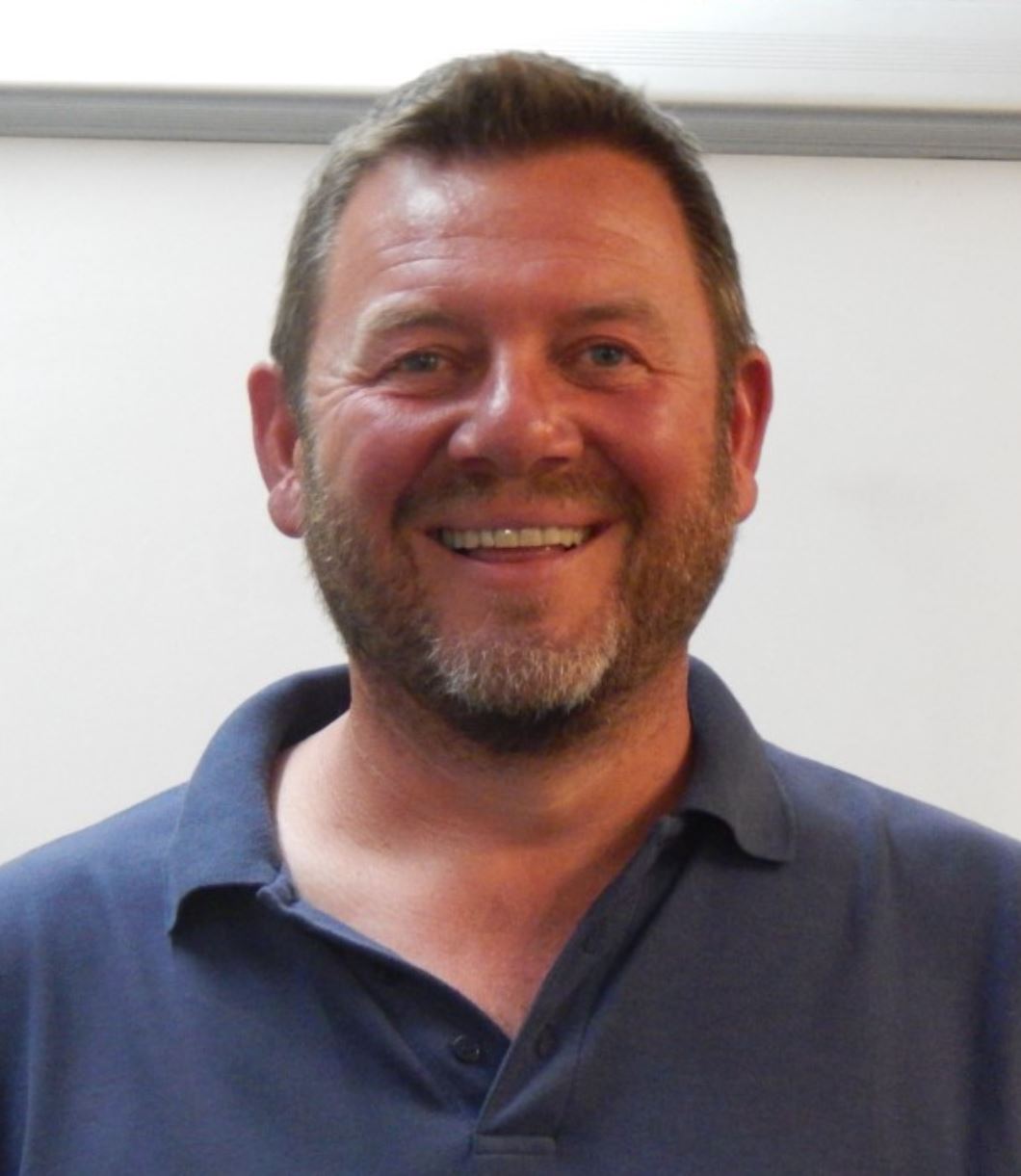 Shaun has been involved in school governance for around 15 years - firstly as a parent governor at Carlton Road Academy, before becoming Vice Chair, and finally Chairperson, of the academy.

During his time as Chair Shaun also served on Voyage's Board of Directors. More recently he served on Fishtoft and Pioneers Academies' local governing bodies until moving on to become a Trustee of Voyage.

Since 1988 Shaun has worked for an agricultural research and development organisation, progressing there to Trials Centre Manager with responsibility for managing trials and agricultural demonstrations.

He lives in Boston and has two grown up children. Shaun's wife and daughter work in the education sector and he is a keen supporter of Boston United. 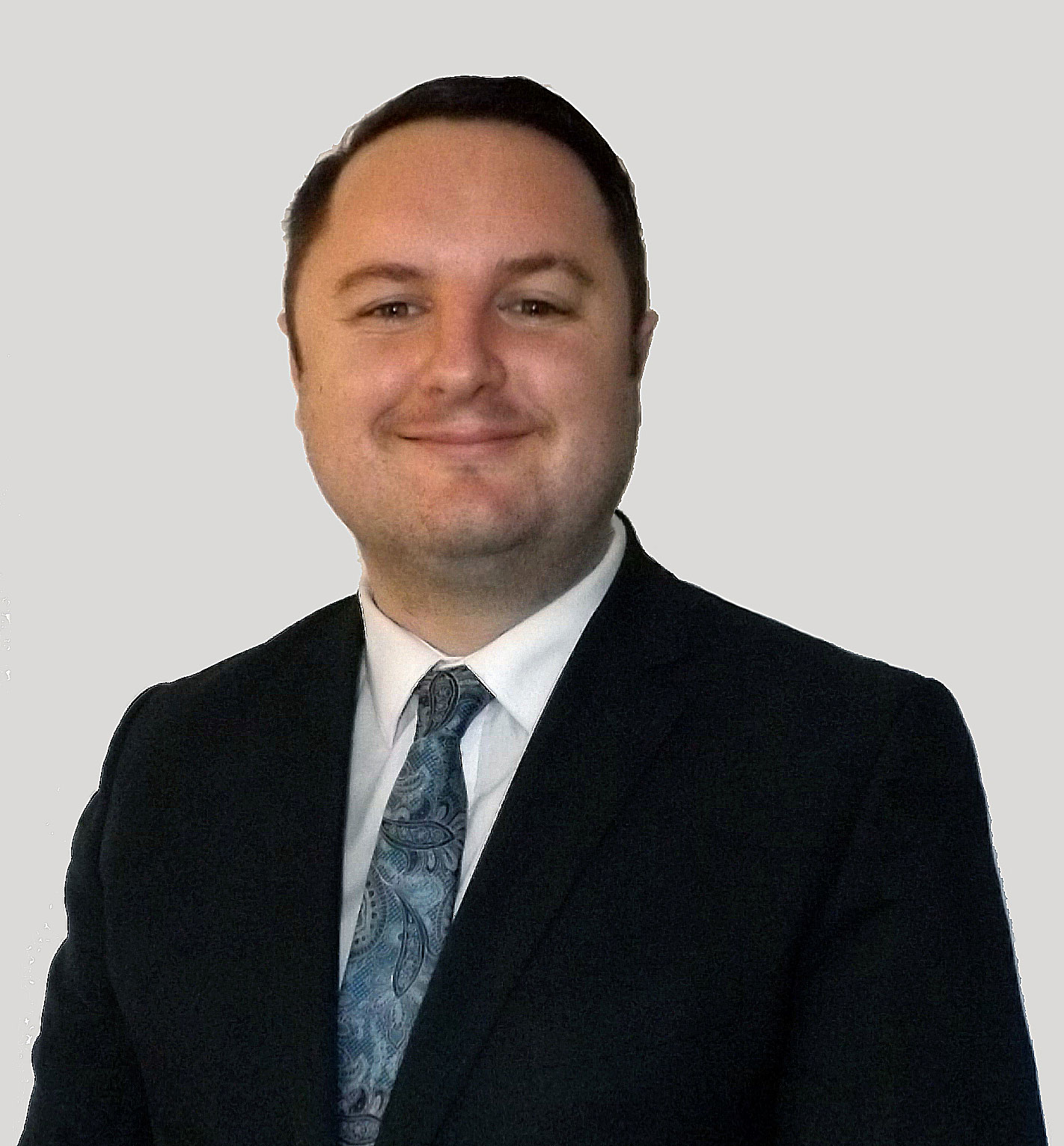 Ellis became involved in school governance in 2010 after becoming a Governor of his children's schools while working in an education setting.

He has worked in the Education sector for over 9 years, beginning an IT career from the age of 18 as an IT Operator. Ellis has since worked as a Senior Engineer, Systems Development Lead, Regional IT Manager and is currently Head of IT and Data for a large Multi-Academy Trust.

He is also Chair of Governors for a small Primary Academy in Lincolnshire. Ellis says this has helped

Ellis manages a team of Central Data and IT professionals for his MAT, delivering services to 34 Academies across the country and building a solid team ethic along the way.

Favourite quote: “The child must always be at the centre of any decision in an education setting." 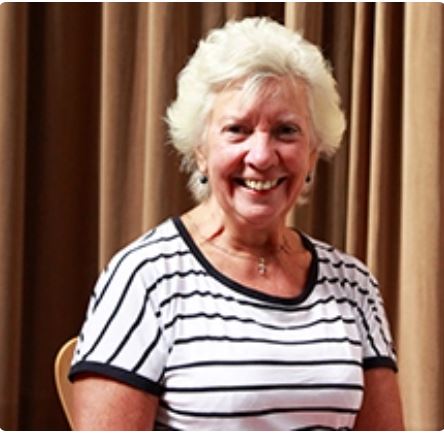 Sue lives in Boston and is proud of being educated at Park Infants’ and Junior Schools, then Kitwood Girls’ School - where she was Head Girl.

Sue began working at 15 as a Senior Shorthand Typist in Local Government Public Health, before being promoted to community health management. She gained a professional qualification, moved into NHS senior management roles at District HQ, then Health Authority HQ, then was promoted to NHS Associate General Manager on a Trent Health Authority Crisis Management Team at an Acute Hospital.

Sue's keen interest in ensuring young people are given every opportunity through their education to fulfil their true potential has led to long service on three Governing Bodies – Kitwood Girls’ School, John Fielding Special School and Gosberton House Special School, where Sue was Chairman for 5 years.

Sue's other experience includes being Director/Trustee on the national Board of Macmillan Cancer Support for over 16 years, serving over 10 years on both the Chartered Society of Physiotherapists’ Regulatory Board and as Director/Trustee on the Board of St Barnabas [Lincolnshire] Hospice. She also continues as a long-standing Director of Boston & County Club and a Trustee of Boston Sick Poor Fund.

In 1993 Sue received Boston Borough Council’s ‘Services to the Community Award’, in 2013 Macmillan Cancer Support’s ‘Lifetime Achievement Award’, and in the 2014 New Year’s Honours List an MBE from The Queen ‘for services to those with cancer’.

Sue is determined to contribute to promoting community well-being while fostering and maintaining highest standards. As a Trustee for Voyage Sue has responsibility for HR, including leadership.

Favourite quote: “Yes, we can and yes, we will do good!” 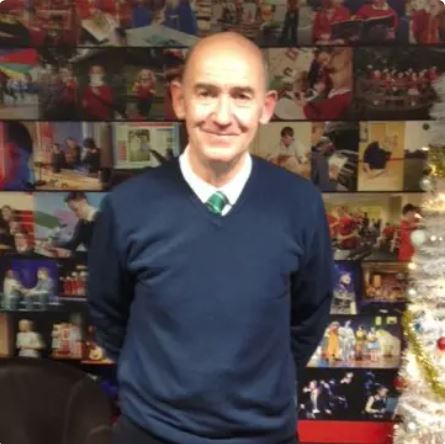 John is a Trustee appointed by the RC Diocese of Nottingham. He has been involved in governance for 27 years, having been persuaded by a Headteacher and a Parish Priest to join the Governing body of a school.

John has previously been a Head of PE, college lecturer, Deputy Headteacher and Headteacher, and Chairman of a Governing Body. In 2000, John moved to a position within the Education Welfare Team at Lincolnshire County Council, concentrating on safeguarding and school attendance.

Following his successful teaching and senior managerial career, John received The High Sheriff of Lincolnshire's Award for Service in the Community in April 2021.

John is currently a Director of the Boston Area Sports Association Committee and Coordinator for Junior Cricket at Boston Cricket Club.

Favourite quote: "When you are asked for help and support try your hardest to say ‘YES’." 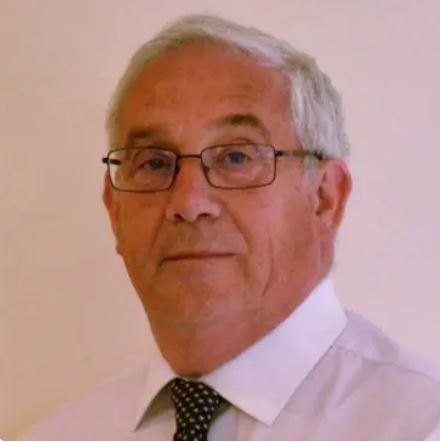 David is Voyage's Trustee with responsibility for Safeguarding.

A former teacher, David went on to become a Salvation Army Officer. His appointments included leadership of a number of Salvation Army church and community centres, including Boston's, as well as headquarters roles in youth & children's work and safeguarding.

David was Chair of Governors at Boston Pioneers Academy, having been involved in school governance for over six years.

He has many interests, including a keen love of local history - and has co-edited a book entitled  "Boston: A Small Town with a Big Story".

Earlier this year David was awarded the High Sheriff of Lincolnshire Award for services to the Boston community. 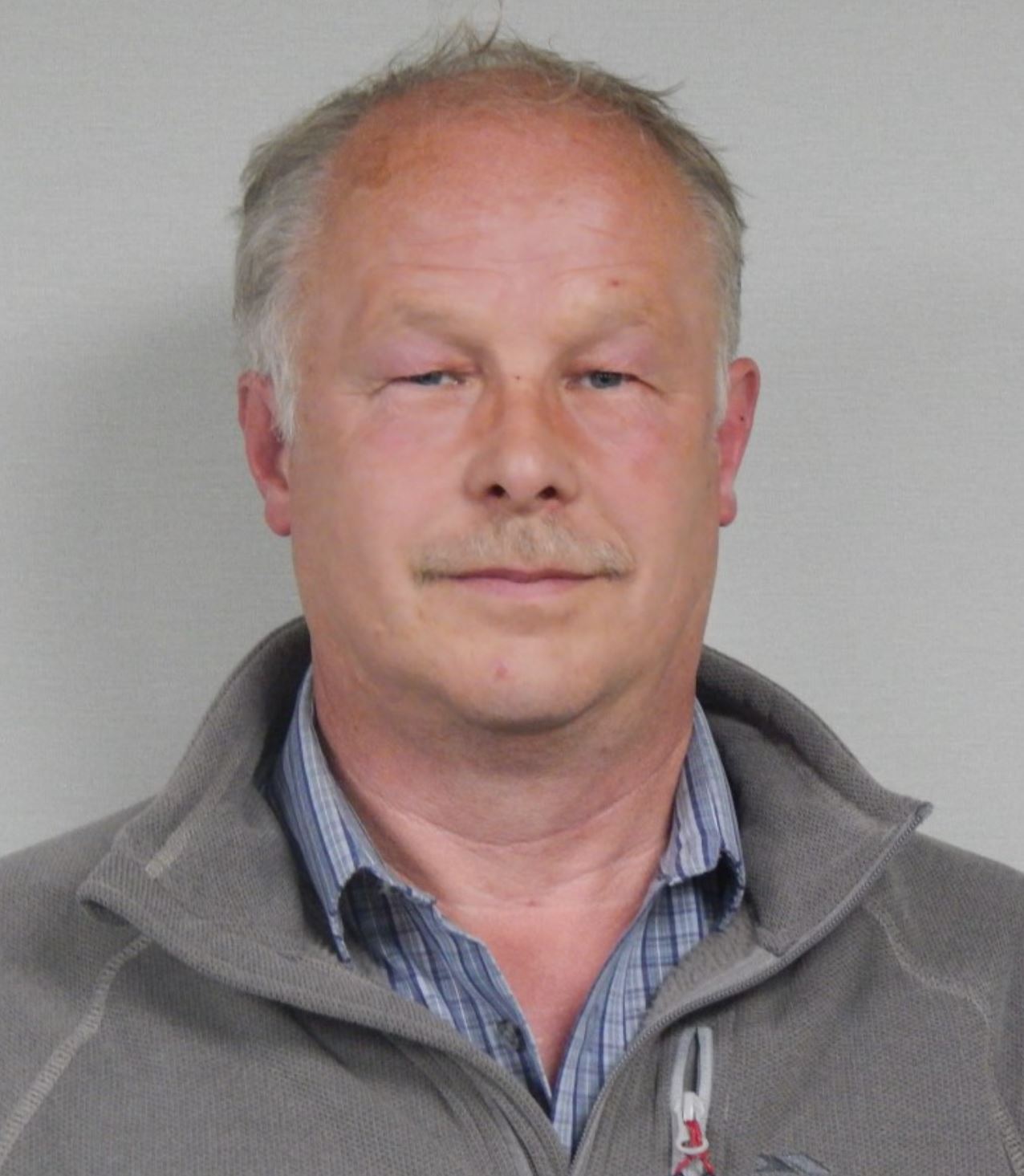 Stephen, now retired, served for over 26 years in the Fire Service and remains a graduate of the Institution of Fire Engineers (GiFireE). Prior to that he worked in the motor industry for 12 years as an Auto Technician, gaining a MIMI (Member of the Institute of the Motor Industry) qualification.

He has been a school governor for nearly 30 years, having decided to first take up the role after his sons started school at Staniland Academy and he had the desire to 'put back in what they were getting out'.

Stephen's role for the Fire Service involved taking charge of large scale emergency incidents, as well as having command of both personnel and appliances. He was also responsible for training, buildings, and equipment.

Stephen was awarded the Queen's Medal for Long Service and Good Conduct, and also received a Chief Fire Officer's Commendation for his part in a protracted incident.

Favourite quote: "Nil Satis Nisi Optimum." ("Nothing but the best is good enough."​​​​)

Joan  is a former local councillor and Mayor of Boston who was awarded an MBE in 2008 for her services to local government. She has also worked as a Justice of the Peace and supported members of the local community through her work with the Citizens Advice Bureau and Relate. Joan is also Churchwarden at a local church.

Madeleine has over 40 years of experience working in education. Her experience in secondary schools includes Education Officer for Lincolnshire and manager of the county’s Governor Services. She spent 10 years as Headteacher in a non-selective secondary school before becoming an Education Advisor with CfBT. She has worked as a School Improvement Advisor, National Challenge Advisor, and a member of IEBs and AIBs for schools and academies requiring improvement.

Jamie is CEO of Lynas Vokes Investments, providing wealth management solutions to clients in Lincolnshire and Cambridgeshire. He is also a keen triathlete and is President of Triathlon England and Chair of the Audit Risk and Integrity Committee of the International Triathlon Union. He has also served as a School Governor in the past.

The Trustees below are the individuals with the named statutory responsibilities (as detailed):