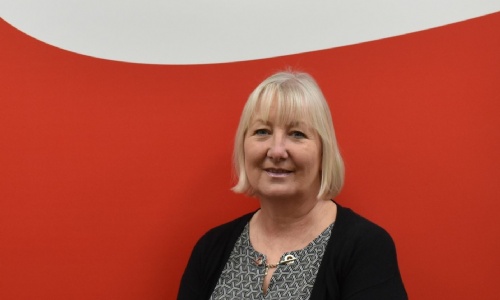 The award was presented to Tina for 'the way in which she created support bubbles during the pandemic for over 1,300 students, to ensure access to mental health support was available'.

Tina has worked at Haven High for the past 12 years, starting there as a Finance Administrator. She became a Head of Year after 4 years, then took on mental health provision for pupils in 2019 after she began specialising in that area.

When Covid caused a national lockdown and with it the closure of schools in March 2020, Haven High Academy led the way with its online learning programme. During this time, Tina helped provide support bubbles for the school's students and their families.

A dedicated mobile phone contact route directly to her was advertised via Haven High Academy's social media platforms so that pupils and their families had mental health support on-hand and at the touch of a button. Meetings were also available via Teams.

Tina was able to help a number of families combat their worries, problems, and anxieties during this time - both in general and those which had resulted from Covid sweeping the area.

Tina ensured that her support line was always there for those who needed it, and continues to support pupils and their families following their return to school.

Tina said: "It is really just a case of listening, being there, and pointing those who need help and support in the right direction.

"Sometimes it just takes a cup of tea, a biscuit, and a little encouraging conversion to get them up and back on their feet again.

"I still see past pupils who come up to me and say 'thanks for the support you gave me - and for believing in me'."

Tina also devotes some of her time outside of school hours undertaking voluntary work for a local homelessness charity.